Six hours was all 12-year old Kavish had to plan an anniversary party for his parents. By 7pm, they would return from their clinic, and all his savings till today added up to a modest three thousand. The little lad felt the pressure but he was keen on churning out this little surprise for his parents. After all, his parents should know that their only son has now grown up.

Last night, he first searched online  for recipes of Pav Bhaji and Pulav, but then abandoned the idea after realizing that his south-Indian maid won’t be able to cook a fancy dinner for them. It was a shame because that would have made the surprise cost effective, but now with getting the food and cake from outside, he was worried that his slim pocket would dilute the fun of the party.

Nevertheless, he started out with the invitations after his parents left for their clinic post lunch. He took the phone diary out and first dialed numbers of family members: nana-nani, dada-dadi, aunties and uncles. He then called up his parents’ close friends, giving special instructions to maintain the secret. The clock showed 2.30 pm. Kavish needed to hurry up.

Next on the agenda was ordering food and beverages. He ran down the building to the nearby food joints with the maid Nivedha and made a hefty order of Pav Bhaji and Tawa Pulao. He knew his parents would like the choice, but after placing the order, he was left with barely anything to buy the cake as well as decorations. When he went to the nearby bakery, he realised that none of the 2kg cakes available there could match the money left in his pocket. He looked at his watch and realised it was 5pm already. 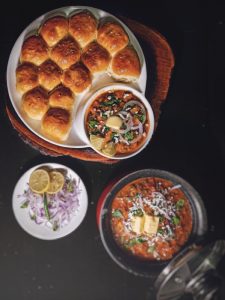 He knew he needed expert advice now, with barely a couple of hours to spare for getting the cake and decorating the house as well. Kavish called his friend Manav. “Bhai, I have little money left to buy the cake. Do you know any budget places where I can get these at the earliest?” “Order online, bhai,” said Manav. “Online? You must be out of your mind,” said Kavish, rolling his eyes. “Hey, haven’t you heard of LoveLocal? It helps you browse options from local shops all around your area and your order will be delivered in a couple of hours.” “Are you serious? Won’t it be expensive to order online and request for an urgent delivery?” asked Kavish. “Duh. The deliveries are always quick. And the platform offers various deals and sometimes the vendors have ongoing offers, which makes the over-all experience reasonable and quick. You can order groceries and pharmaceuticals, and fresh vegetables, so a cake should be easy. Especially since the bakeries are the ones we trust and the platform lists all the best cake shops in Mumbai. See for yourself,” said Manav. Kavish hesitantly registered himself on the platform.

To his surprise, there were some bakeries in his area which he had not known, and the cakes there seemed to be reasonably priced and delicious-looking. He quickly ordered a Red Velvet cake.  He placed the order at a fairly reasonable price. Just then, the doorbell rang. How could the delivery possibly be so quick, he had literally just made the order. But when the maid opened the door, it was Manav. Kavish smiled, thinking about how naïve it was for him to expect the cake to be ready so soon. But his disappointment was addressed, as the next door bell had his order arriving in his living room. He looked at the cake and felt relieved. 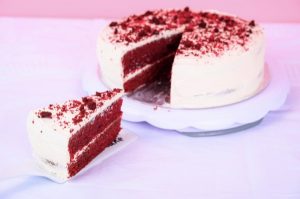 Manav and Kapish now got to get the house ready, while Nivedha prepared welcome drinks. At 6.30pm, the doorbell rang again. The food came in and soon after, the guests started pouring in. The lights of the house were switched off and everybody hid themselves in the bedroom.

When Kavish’s parents returned home, they were at first shocked to see the darkness. “Kavish?” his mother called out. His father switched on the lights and the couple were completely surprised. Everyone came out roaring with cheer and greetings, showering the couple with gifts. Kavish’s mother let out a happy tear and hugged him tightly. “You naughty boy, I love you,” she said, pulling at his cheeks.

A satisfied smile spread across Kavish’s face, as his parents mingled with the guests. His return gift had already found him, even before the party ended.

4 ways to transform a boring hallway

Different Landscape Design Styles for Your Home and Garden

Features Of Sandstone Flooring That Make Everyone Love It